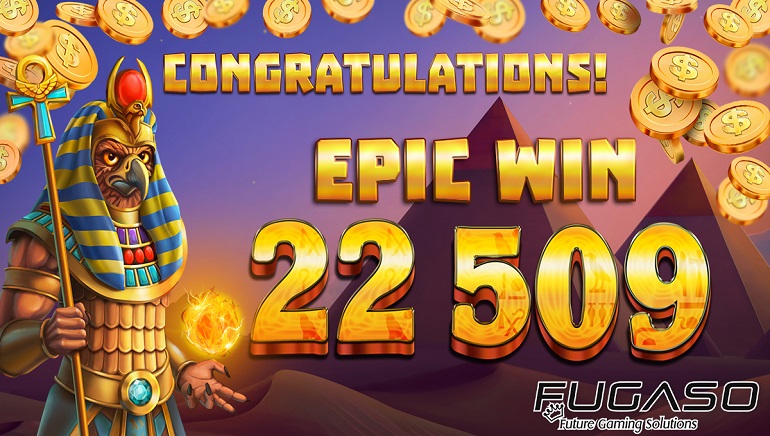 Casinos powered by Fugaso software can provide their players with a sizable portfolio of original games. There are dozens of amazing slots to check out, but The Mummy Win Hunters Epicways slot stands out from the crowd. This cool game has just made another player rich, by multiplying his winnings 11,254 times. The identity of the player remains a secret to protect his privacy, but we know that this is a lucky punter from New Zealand. He won the big payout while spinning the reels of this high-paying game on Groove Gaming and SoftSwiss gaming platforms.

Fugaso offers dozens of original slots to people playing at partner casinos. The Mummy Win Hunters Epicways is one of its most popular games, with a high return to player and a cool theme. Players are taken back in time to ancient Egypt, to spin the reels of a game that has as many as 15,625 different ways to win. The game can be played on computers, as well as mobile devices running on Android and iOS operating systems and has an average RTP of 95.82%.

The Pharaoh is the wild symbol and the mummy is the scatter symbol, hence responsible for producing free spins. Between 10 and 50 bonus rounds can be triggered, depending on the number of mummies discovered across the reels. Punters can bet between 0.10 per spin to a maximum of 10.00, with the maximum potential winnings being 500,000 per spin. The Mummy Win Hunters Epicways is a game defined by higher than average volatility, but when it pays, players win larger amounts.